By Aditi Pasumarthy and Niranjana Sivaram

Our Puranas are filled with some of the most intriguing gods and goddesses. Many know the stories of popular gods and goddesses such as Krishna, Ganesha, Durga, and others. However, there are many goddesses who have fascinating stories but are not known by many. Let's take a look at some of the lesser-known goddesses of Indian mythology.

Ushas, the goddess of dawn, brings life and light into the world every day. She is praised for driving away oppressive darkness and evil demons. As dawn breaks Ushas. representing the cosmic order, dispels darkness and chaos each morning. 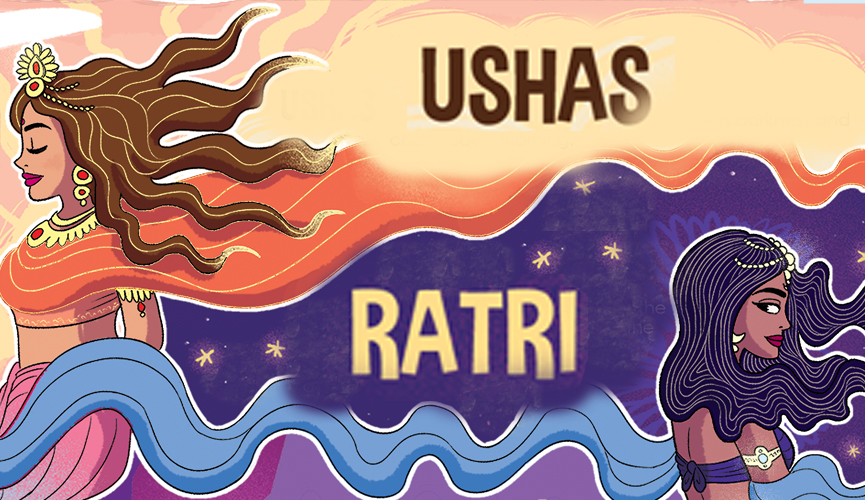 Ratri, Ushas' sister, is the goddess of night. Some praise her for her countless stars, which provide light in the dark, and for protecting people from the dangers of the night. However, she is sometimes associated with those very dangers which nighttime brings.

The goddess of speech, Vac, makes creation possible by naming things. She is essential in the ritual mantras of priests and the insightful vision of the sages. Vac is also the reason that people can see and recognise friends, and communicate with each other. 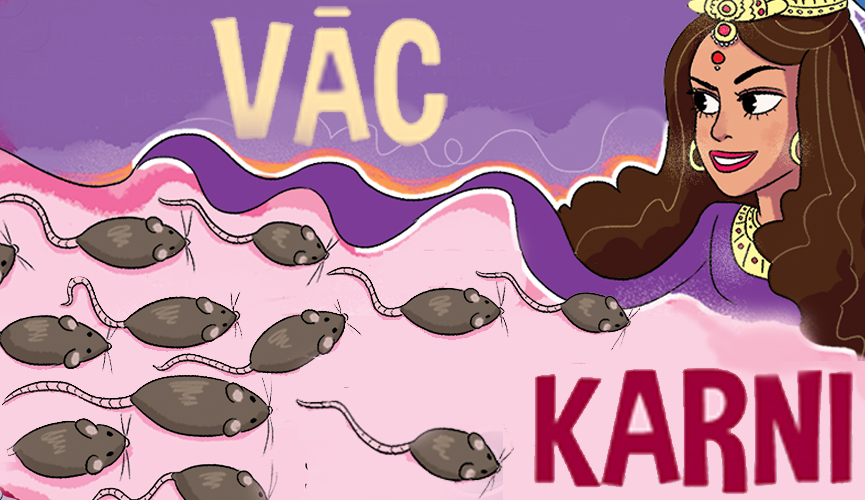 When goddess Karni asked Yama. the god of death, to bring a woman's son back to life, Yama refused. Karni then vowed that her devotees would never die, but would instead be reborn as mice in her temple in Rajasthan. The mice would again be reborn as her devotees.

Kotravai is the goddess of war and victory. She is a fierce, wild and vicious goddess who haunts battlefields, granting victory to her favourites. She is worshipped in South India. 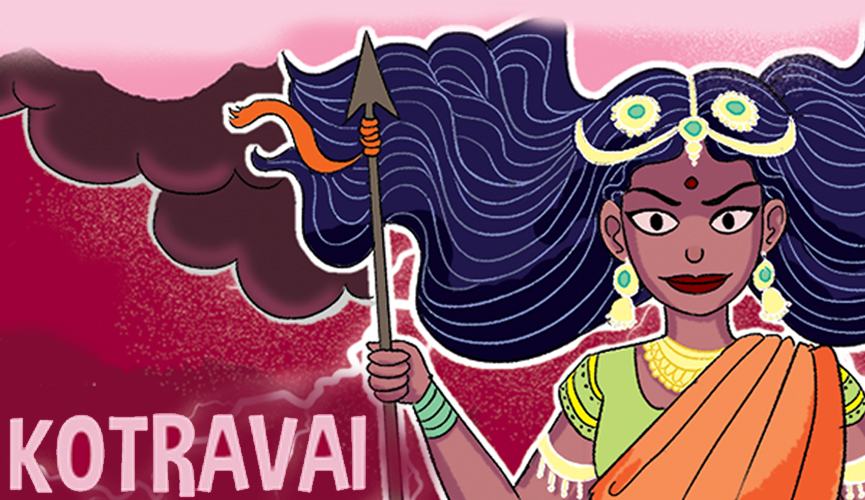 Mariamman is a very popular village goddess of Tamil Nadu. She is the goddess of rain to whom the people pray every year for a good monsoon. Her devotees like keeping her happy. as her anger was thought to cause epidemics like smallpox. 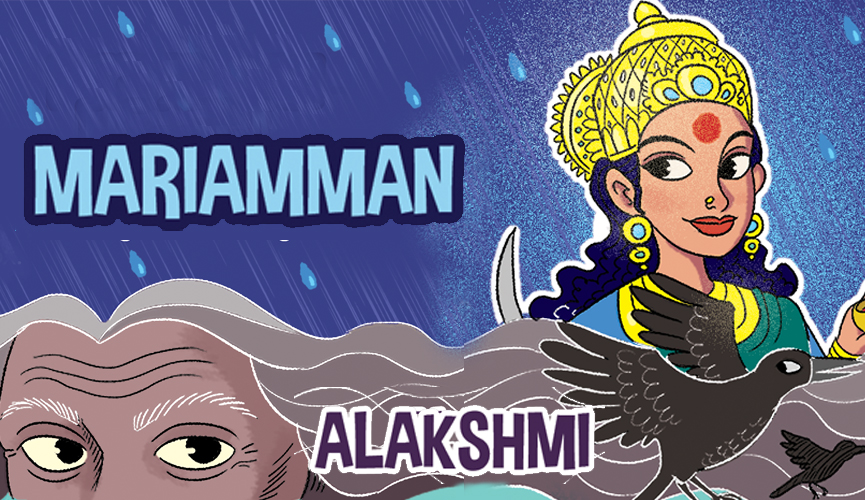 Alakshmi is the goddess of misfortune and the inauspicious. She is the sister of Lakshmi and also her opposite. She can never be in the same place as Lakshmi, who represents harmony and abundance. This is why people first pray to Alakshmi to go away from their homes, taking all the negativity with her.

Aranyani is the goddess of the forest. She cannot be seen but can be heard in the sounds of the forest, like the shout of a man calling his cattle, or the sound of a tree in a storm, or a screech of an owl in the night. She stays away from villages but is usually kind and offers nuts and berries to those who come close to her. 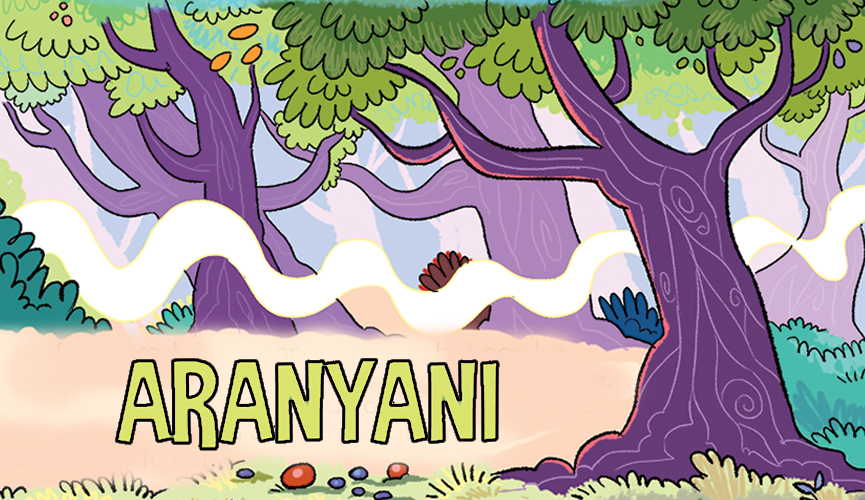 Manasa, the goddess of snakes, protects her devotees from snake bites. She also provides them with prosperity and fertility. She is mainly worshipped in Bengal, especially in the rainy season which is when the snakes come out. 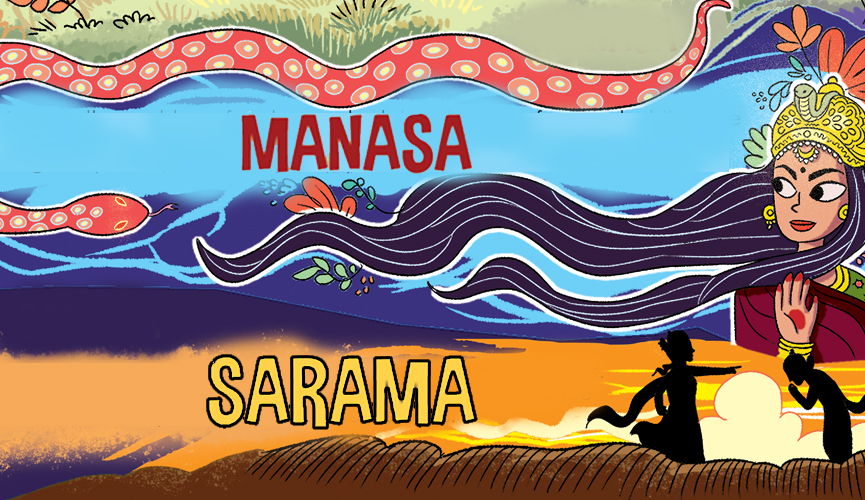 Sarama is an attendant goddess known as the mother of all dogs. She is the messenger of Indra and protects his herds. Sarama once punished the minor deify Panis for stealing some cows.