With misty eyes, Kunti saw her firstborn son float away. She stood there, feet dug into the ground as she watched her child flow away with the mighty Ganga. Meanwhile, a charioteer and carpenter named Adiratha saw a tiny basket being carried by the waves. Curious, he went near the basket and to his shock, found a small child in it. He looked around frantically, hoping to find the child’s parents. However, no one came to claim the child. He decided to take the child home. He showed the child to his wife, Radha, who lovingly took the child in her embrace. Once he explained the situation to Radha, they decided to adopt the child. They named the child Karna. 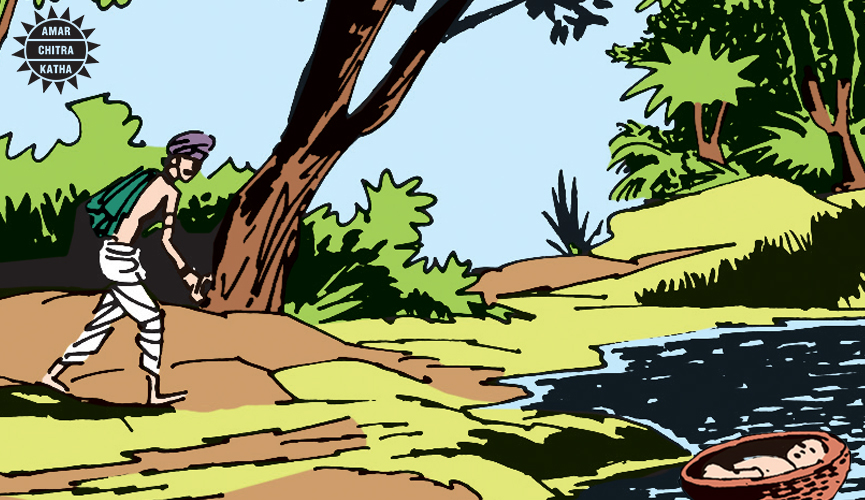 On Karna’s sixteenth birthday, Adiratha offered him a new chariot and a horse. Karna saw the chariot and smiled. However, Karna was not very happy. Adhiratha noticed this and asked his son what was bothering him. Karna stared at the ground and said,

“Father, it feels like I was never meant to be a charioteer. I do not feel any desire to drive a chariot. My only desire in life is to hold a bow and arrow. I cannot think of anything else.”

Karna didn’t dare to look at his father, afraid that he had offended him. Suddenly, Karna felt a warm hand fall gently on his shoulder. Karna looked up and was shocked to see his father smiling.

“Karna, your mother and I have something we need to tell you. We knew this day would come, we are prepared.”

Adhiratha called out to his wife and told her what had just happened. Together, they explained to Karna about his past and how they had found him. Karna was in disbelief. Things were slowly starting to explain themselves. Karna found a new desire, a desire to find out who he really was.

“Mother, father, I would like to learn archery in the great city of Hastinapura. For this, I request your permission.”

His parents agreed and blessed him on his journey.

Karna’s goal was to learn archery and find out his true identity. He approached the famed teacher, Dronacharya. But Dronacharya was reluctant to teach a son of a charioteer. Dejected, Karna decided to find another master. He approached the great master, Parashurama. However this time, he decided that he would not return empty-handed. As Karna approached Parashurama’s hut, he saw a man who was chiselled by the gods, whose eyes burned with the flame of intensity. Awe-struck, Karna fell to his feet and pleaded with him to be his teacher. The great Parashurama only asked Karna one question:

"Are you a Kshatriya?"

With a straight face, Karna lied to Parashurama and told him that he was a Brahmin. 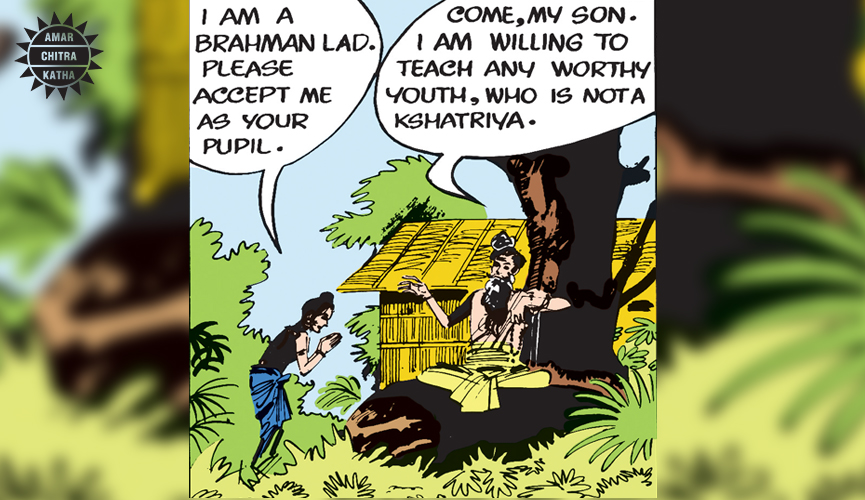 Hearing this, Parashurama took Karna in. Karna was a brilliant student, and he seemed to have an inborn talent for archery. Parashurama was extremely pleased with Karna and taught him everything he knew, including how to use the devastating Brahmastra.

One afternoon, Parashurama was laying on the ground. He asked Karna to get him some deerskin to use as a pillow. To this, Karna replied, 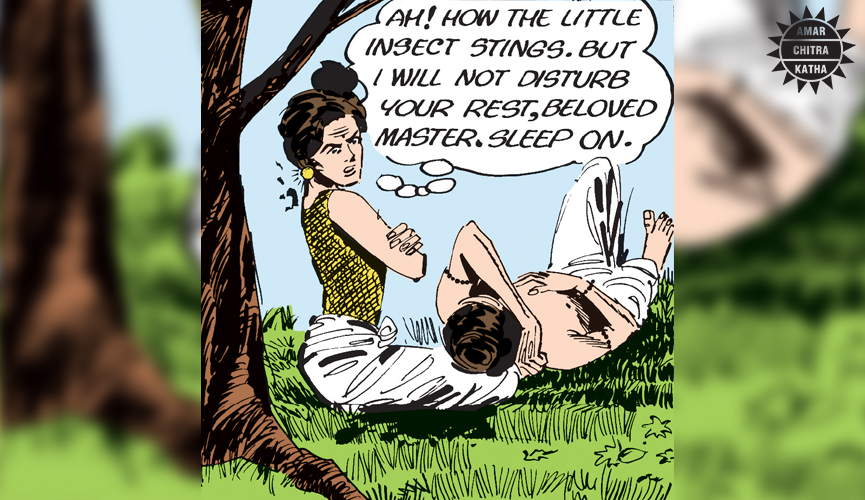 When Parashurama woke up, he noticed Karna’s leg was covered in blood. He immediately asked Karna what happened. Karna told him how a scorpion had stung him while Parashurama was sleeping on his lap. He looked at Karna and asked him,

“Are you telling me that you could sit through the pain of the scorpion sting?”


To this Karna replied, “It hurt initially, but I could not dream of waking you up.”

“You are telling me you, a brahmin, was able to withstand a scorpion bite without saying a word.”

Karna began to stutter but Parashurama’s eyes began to fill up with rage.

“Who are you? Only a Kshatriya can stand the pain of a scorpion!”

Parashurama’s anger knew no bounds and he accused Karna of being a liar. 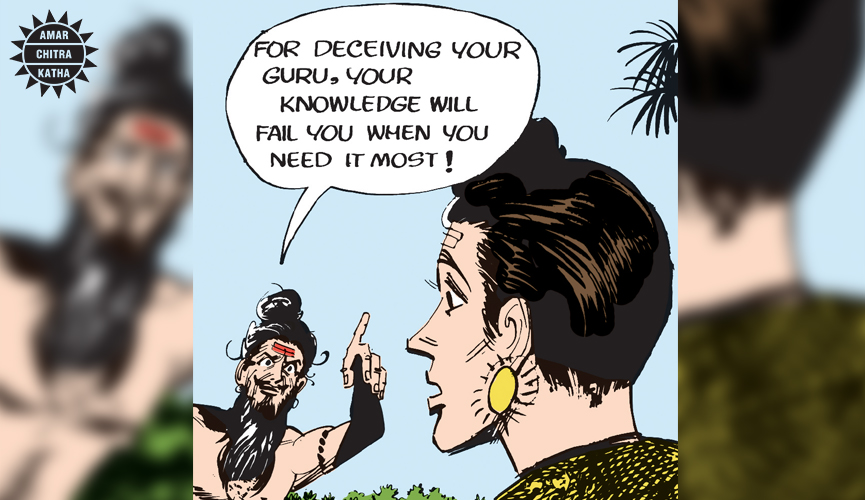 “I have lied to you, my lord. I am neither a Brahmin nor am I Kshatriya. I am the son of the charioteer, Adhiratha. I only lied to you because I really wanted to be your student.”

But Parashurama was furious, and in his extreme rage, he uttered a curse.

“Just like you have betrayed my trust, when you would be in desperate need of an astra, your memory will betray you.”

Parashurama then left and went back to his ashrama, leaving Karna in tears.