The Sudarshan Chakra is the divine weapon of Lord Vishnu, the god of preservation. The holy discus consists of two discs rotating in opposite directions with each disc having more than a million sharp spikes on its edges. 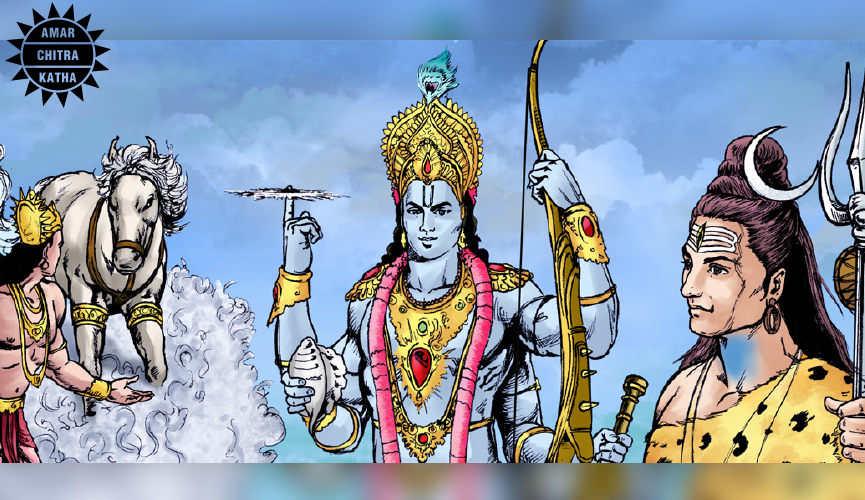 According to the Linga Purana, Lord Shiva gave Vishnu his weapon. The devas had been defeated by the armies of asuras, who had the power to heal their battle wounds, and so Vishnu decided to face the asuras himself. The god fought the countless asuras for an eternity, but then realised his efforts were futile. Vishnu visited mount Kailasha, for Shiva’s help. But Shiva was deep in meditation, and Vishnu knew disturbing Shiva during his tapasya would result in chaos. So he decided to wake him up through devotional means. Vishnu collected a thousand petals of lotus as an offering to the God of destruction. After collecting the perfect petals to please the god, Vishnu realised that he had one less petal. Vishnu, the god who is also called Kamalnayani, meaning ‘the one with lotus-shaped eyes’, sacrificed his eye to complete a thousand petals. Shiva immediately woke up from his tapasya and praised Vishnu for his sheer devotion. To help the god win the fight against the asuras, Shiva gifted him the Sudarshan Chakra with the power to slice one’s opponent into two.

Since then, Vishnu has used the divine discus in various stories. After Shiva’s wife Sati, immolated herself, the grieving Shiva, roamed the universe with the incinerated body of his departed wife. Vishnu, unable to see the suffering of the other God, used his chakra to destroy the body of the goddess. The various parts fell on the different locations on the Earth. These places came to be known as Shakti Peeth. 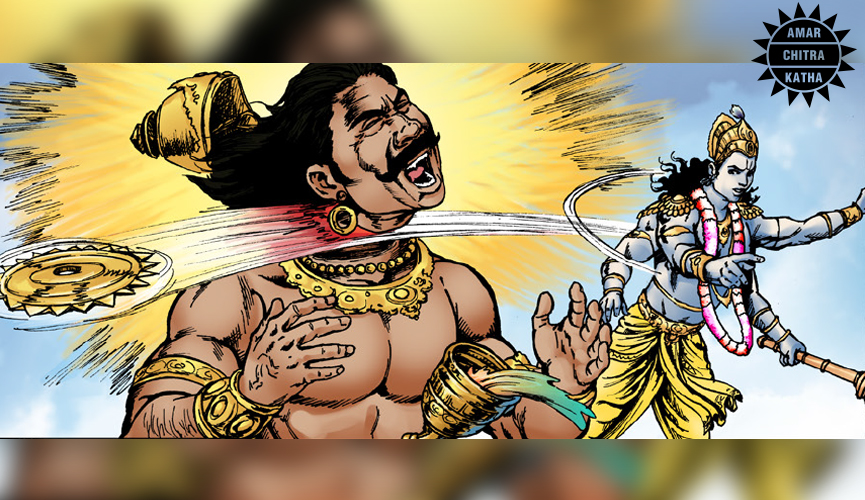 During the Samudra Manthan, Vishnu in his Mohini avatar used her discus to behead Rahu. The asura had disguised himself amongst the devas to consume the nectar of invincibility. Mohini saw through the disguise and attacked him but the asura had gulped the nectar. Due to the divine properties of the nectar, the beheaded body became a separate living entity called Ketu, and the head came to be known as Rahu.