By Srinidhi Murthy and Vijita Mukherjee

The Kalinga War was fought between the Mauryan Empire of Magadha and the independent and prosperous state of Kalinga. It was a turning point in the life of Emperor Ashoka of the Mauryan Dynasty. The terrible outcome of the war made him question the price of his victory and its worth. 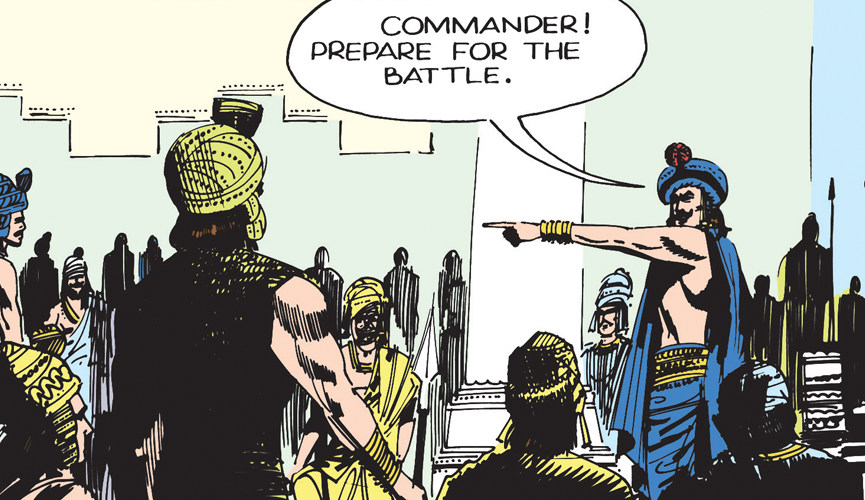 Kalinga was a prosperous nation with artistically skilled and peaceful people. It was under the Nanda Empire until 321 BCE. With important ports for trade and a strong navy, Kalinga controlled its coastline and played a crucial role in the trading world of the Bay of Bengal. The king of Kalinga was referred to as ‘Mahodadhi Pati’ or ‘the lord of the ocean’ by the poet Kalidasa in one of his works. The Mauryan Empire perceived Kalinga as a threat because Kalinga could interrupt communications between Patliputra, the Mauryan capital and its possessions in the central Indian peninsula. Emperor Ashoka sent a message to the King of Kalinga asking him to submit to his overlordship, but the king was in no mood to bow to this authority. 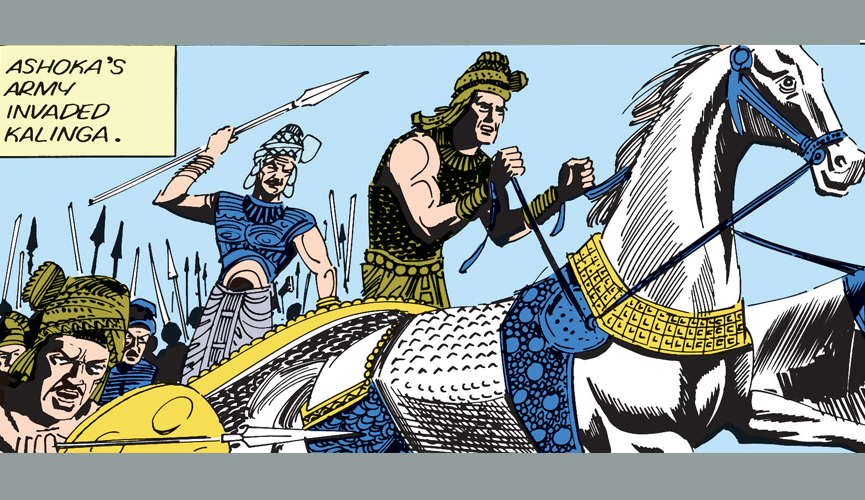 Ashoka led a huge army against Kalinga in a historic battle in 261 BCE. Since it was the first major war after he acceded the throne, Ashoka was eager to win at all costs. However, it surprised him to find that the soldiers and the people of Kalinga fought with great valour to safeguard their independence.

The King of Kalinga himself commanded his army on the battlefield,  but his limited forces were no match for the vast Magadhan army. After a gruesome battle, victory ultimately favoured the Mauryan Empire. There was a huge loss of man and material due to the war of Kalinga. 150,000 soldiers were taken as prisoners by Asoka, 100,000 were slain, and many others died later because of their injuries. It is said that an equal number of soldiers from the army of Magadha were killed as well. 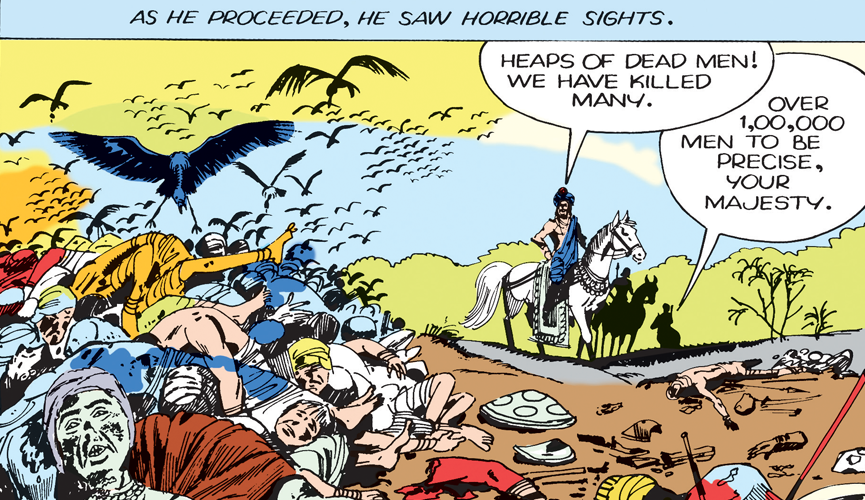 Ashoka, who had set his heart on this victory over Kalinga was unprepared for the destruction caused by it. The scene of the war presented a heart-wrenching sight. The whole area was filled with the corpses of soldiers from both sides. The wounded soldiers, who escaped death groaned in severe pain. Orphaned children and widows mourned the loss of their near and dear ones. People looked listless and filled with despair, unable to recover from the damage this rampage had inflicted on their lives.

Ashoka felt he was solely responsible for the destruction caused by this war. He embraced ‘ahimsa’ or non-violence  The Kalinga War prompted Ashoka, to devote the rest of his life to ahimsa ie. non-violence and ended further military expansion of the empire. The next era of his rule was filled with harmony, prosperity and peace.