Vaikuntha is the abode of the mighty Vishnu. Vaikuntha is said to be a paradise like no other, regarded as the highest spiritual realm that one could attain, according to Hindu mythology. The name itself means ‘the abode of eternal bliss’. The entrance to this magnificent realm is guarded by the twin deities, Jaya and Vijaya. 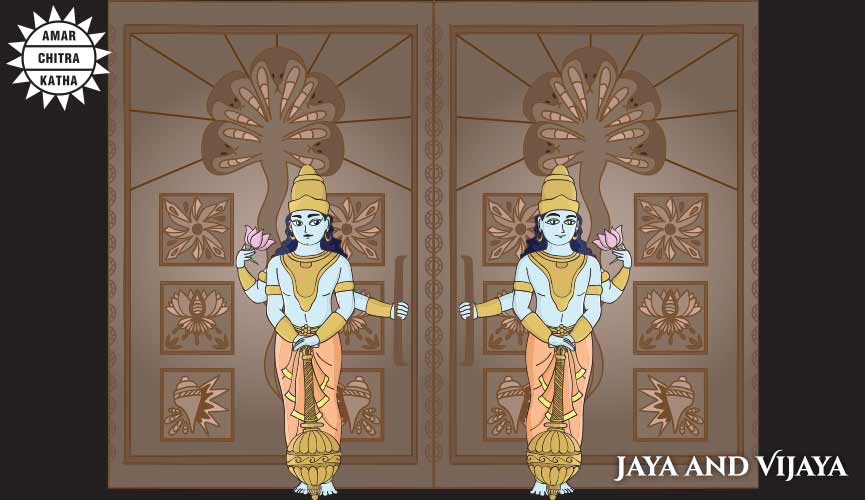 One day, four Kumaras, named Sanaka, Sanandana, Sanatana, and Sanatkumara, arrived at the entrance of Vaikuntha. By virtue of their tapas or austerities, they appeared to be children but, in reality, they were very old and spiritually advanced. Tempted by the world inside, they walked towards the gates. As they were about to enter the spiritual realm, they were stopped by Jaya and Vijaya, the dwarapalakas or gatekeepers of Vaikuntha. Considering them children, Jaya and Vijaya arrogantly declared that they could not be allowed inside the abode of Vishnu. They inform the Kumaras that Vishnu could not be disturbed as he was resting. The duo was unaware that these four Kumaras happened to be the mind-born sons or manasaputras of Brahma.

The Kumaras challenged Jaya and Vijaya’s words by saying that they were devotees, and Vishnu is always available for his devotees. Enraged by the slight, they cursed the twin gatekeepers to lose their divinity and take birth in the material world. On being cursed, Jaya and Vijaya let go of their arrogance and pleaded with the Kumaras to revoke the curse. Hearing the commotion, Vishnu enquired. Learning about this incident, Vishnu left his abode to sort out the issue. All present at the gate bowed as Vishnu appeared at the entrance.

Vishnu turned to his gatekeepers and told them that the curse of a Kumara could not be revoked. Instead, he could modify the curse. He gave them two options; either they could be born seven times as devotees of Vishnu, or three times as enemies of Vishnu. Either way, Vishnu would be a part of their mortal lives. Jaya and Vijaya could not stand the thought of being away from their master for seven lives, so they agreed to be born thrice as his enemies. After fulfilling the curse, they could return to their immortal forms as his gatekeepers. 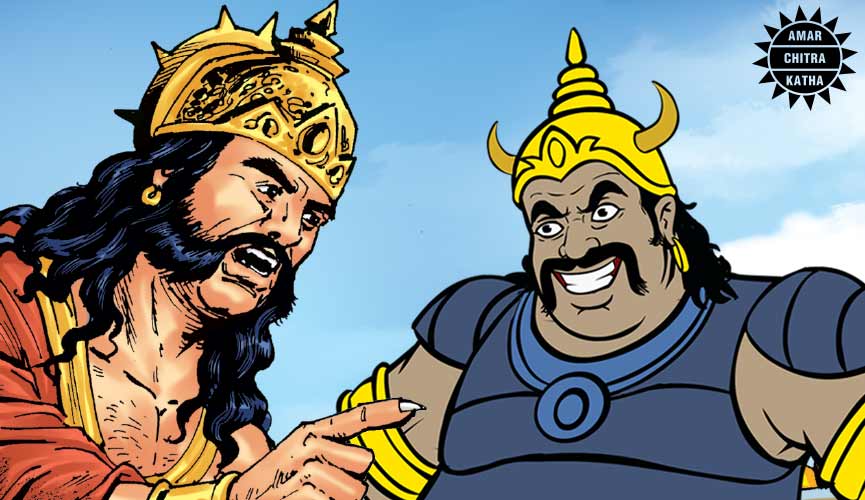 The depiction of Jaya and Vijaya guarding the gates of Vaikuntha loka is a common feature of most Vishnu temples, showing how inseparable they are from their lord.