Toys are not just an article of amusement for children but it also helps them learn holistic skills that are essential for the overall growth of a human being. In India, children have a wide variety of traditional toys to choose from. There are dolls, puppets, animal figurines, kitchen sets and traditional games, made out of different materials like wood, cloth, metal, terracotta, etc. This rich heritage of traditional toys originated in the subcontinent several thousand years ago in the Indus Valley civilization.

In 2000 BCE when the majority of the human population was still dependent on skills like hunting and gathering for their sustenance, there were a handful of civilizations that emerged around the globe which were far more developed in many aspects. Indus Valley Civilization is one such developed civilization that evolved around in the north-western part of the Indian subcontinent. As the name suggests, this society was established around the fertile plains of the river Indus which included parts of modern-day Afghanistan, Pakistan and northwest India. The ancient city and its citizens pioneered agriculture, trade, measurements, urban layouting, architecture, irrigation and drainage systems. The people in the civilization had also mastered the art of making toys out of clay. 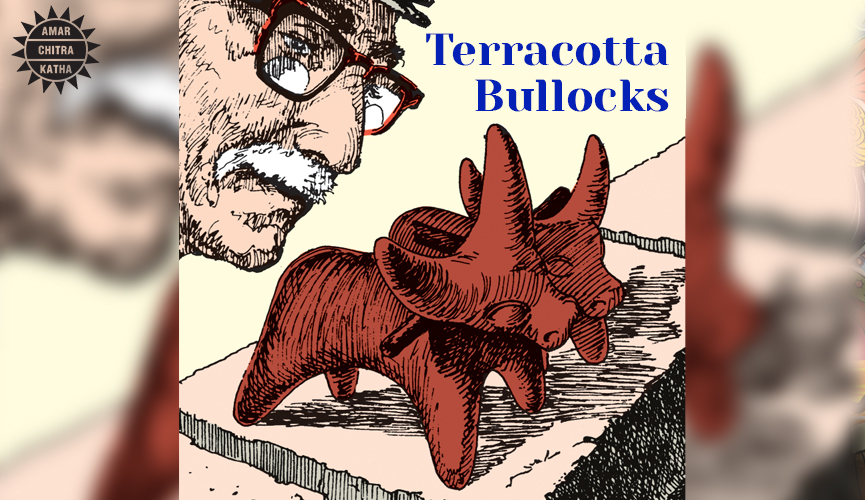 Most of the toys found at this UNESCO World heritage site were found in and around the city of Mohenjo-Daro. The toys reflected the societal norms, the social values, the living conditions, and the fauna of the area in 2000 BCE. Animal figurines, utensil sets, puzzle games, and carts were common toys for children at that time. Most toys had simple mechanisms to provide motion to the toy.

The most common animal figurine, that is also rampantly used in Indus valley seals and many other visuals, was the bull. Bulls made out of clay often had movable necks. The bulls could also be attached to a cart, completing the entire bullock cart set. The cart came with a proportionate yoke that would fit accordingly over the humps of the bulls. All carts had solid, rotating wheels, and some of them even had a driver attached to the seating area. The continuous depiction of cattle in most of their art signifies the importance of the horned animals in civilization. Since Indus Valley Civilization was an agrarian society, cattle, both male and female played a crucial role. The male cattle, oxen, would help in ploughing the fields, transportation and carrying heavy loads. And the female cattle, cow, provided them with dairy. 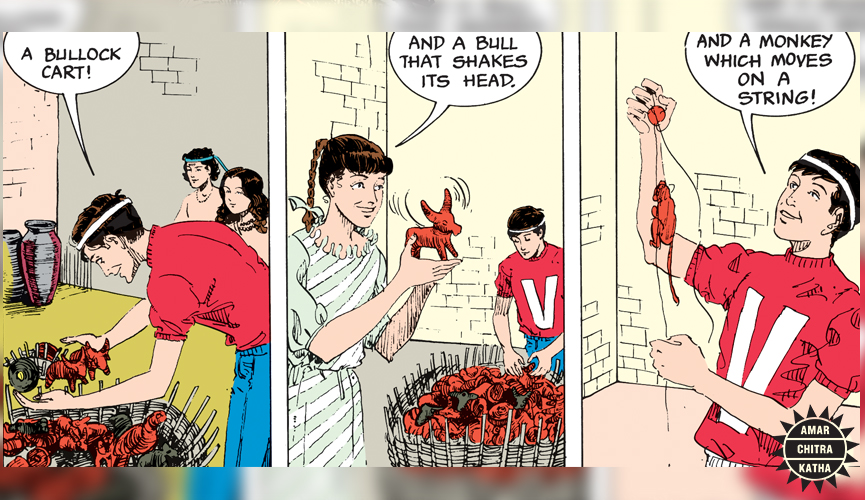 Apart from the bullock carts, another transportation toy that was excavated in the ancient city was terracotta boats. Boats were a common means of transportation to facilitate trade across the main river and its tributaries. A monkey toy figurine was also found in Mohenjo-Daro that, unlike other toy figurines, had actual details like proper eyes, nose and expressions. The monkey is depicted in a posture that resembles a monkey sliding down a vine, which is appropriate since the toy monkey is able to slide down a rope. While most of the animal figurines are distinguishable to a particular species, there exists a certain toy that is a combination of two completely different species. The unique toy has the body of a bird and the head of a ram. It also has a pair of rotating wheels instead of legs.

Music centric toys were also a part of children’s toy collection in the civilization. The most common being terracotta rattles and whistles. The whistles were often shaped in the form of birds or eggs. Small spinning tops were also found during the excavation of the city.

Another article of interest found by the archaeologists were the remains of a ball and maze game. Even though the 'ball' was nowhere to be found, there were different kinds of mazes made out of terracotta with different sizes and different levels of difficulty. The humble six-faced die is not a modern innovation. Several such dice were found around the civilization, suggesting that dicing or games that used dice were really common among the citizens.

The excavations of these artefacts have proven that even simple articles like toys have a lot of complex history attached to them. It teaches us a lesson that we are connected to our lost ancestors of the Indus Valley Civilization more than we are aware of.